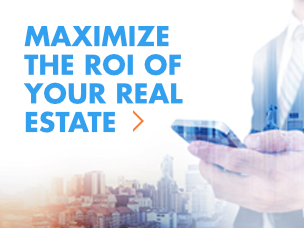 The Cost of IoT Sensors Is Dropping Fast

These days, any conversation about workplace technology is sure to include talk about connected devices and IoT sensors.

Of course, weighing the cost of sensors against the return on investment is an important consideration.

But here’s some good news: the cost of IoT sensors has been dropping and will continue its downward trend over the next few years.

A recent whitepaper by our partners at CoWorkr explores why sensors have become more affordable in recent years and what this means for the future of digital workplaces.

Why Are IoT Sensors Getting Less Expensive?

According to Goldman Sachs and BI Intelligence Estimates, the cost of IoT sensors has been steadily decreasing since 2004.

So why the decrease? CoWorkr identified three specific reasons:

As of July 2017, there were nearly 3,000 IoT companies in North America alone. And each year, the number of businesses offering IoT technologies and IoT platforms increases. As competition grows, IoT sensor companies are offering more innovative types of sensors and looking for ways to decrease the cost.

Today’s IoT devices can collect sensor data over larger areas, which means companies don’t have to purchase as many units. Additionally, modern embedded systems are more energy-efficient. That means workplace leaders don’t have to allocate additional budget in expectation of a spike in energy costs. Finally, because workplace sensors are decreasing in size, an organization doesn’t have to make major workplace changes to accommodate them.

Older versions of embedded sensors didn’t play nicely with existing workplace technology. However, current sensing technology can be seamlessly integrated with a company’s current IT infrastructure. And with technology like iOFFICE Hummingbird, sensors can easily be connected to an organization’s current integrated workplace management system (IWMS), allowing for uninterrupted data transfer. As a result, companies don’t have to invest in a complete overhaul of their existing technology or hire more IT professionals to manage installation.

How Can Workplace Leaders Benefit From IoT Sensors?

In its report, CoWorkr lists a few additional benefits of embedded sensors and why workplace leaders should be excited about their decreasing costs. Here are two big reasons:

The WELL Building Standard (WELL) is a performance-based system for measuring, certifying, and monitoring features of the built environment that impact human health and wellbeing. WELL has requirements for seven primary components of the work environment: air, water, nourishment, light, fitness, comfort and mind.

Without IoT sensors, it would be next to impossible for workplace leaders to know how well their organization’s property contributes to these elements. But thanks to lower costs, workplace leaders can implement IoT sensor technology and create an environment that abides by WELL and better supports the wellbeing of the workforce.

Surveillance cameras are an essential part of an enterprise’s security system. But most cameras are recording 24/7. This means that in the event of a security breach, employees must go through hours of footage, likely spread across multiple devices. And since the cameras are capturing so much data, the company has significant storage demands.

However, integrating IoT technology (such as proximity sensors or infrared sensors) with surveillance equipment allows workplace leaders to keep cameras in standby mode until the sensor detects motion, noise or changes in light levels. When the IoT sensor recognizes a change in the environment, it can automatically enable the camera and also send an alert to the appropriate personnel.

The cost of IoT sensors may have previously been a reason your company avoided them. But now that sensor technology is regularly becoming less expensive, it’s time to consider using them in your workplace. Most likely, the return will be well worth the investment.