To support more customers and employees, you need facility management software that’s easy to use, maintain, and scale

Access all your facilities data from one cloud-based platform

Get the latest workplace insights and best practices

In 2 minutes, determine time and resource savings for your workplace management program

Explore trends, terminology and technology you need to know to future-proof your workplace

Home
Company
Who We Are

Get to know iOFFICE and how we help create responsive, frictionless workplaces

Discover what drives our team and how to join us

Get the scoop on company announcements and product updates 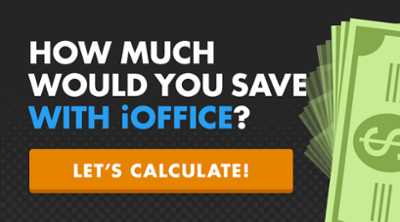 A CUTTING-EDGE FACILITIES MANAGEMENT SOLUTION THAT ALIGNED WITH THEIR COMPANY VISION.

For 20 years, Under Armour’s mission has been the relentless pursuit of innovation. And to the Director of Facilities and Operations and Corporate Real Estate, supporting this mission meant identifying ways to make the Under Armour workplace better. He realized that to ensure effective facilities management and consistent delivery of high-quality services, he needed something new—an integrated workforce management system (IWMS).

After implementing iOFFICE, the director of Facilities and Operations and Corporate Real Estate saw his primary goal realized: a comprehensive facilities and operations program that helped his team understand how the work they do helps Under Armour meet its mission." 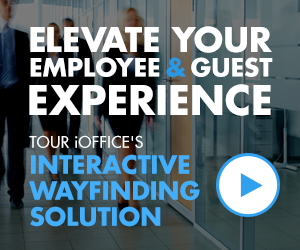 The facilities and operations team was struggling with understanding how to connect their daily tasks to the company’s overall mission.

Under Armour chose the iOFFICE IWMS because they were confident it could provide the insights they needed to fuel workplace innovation.

With increased visibility, the facilities and operations team has created a more efficient, productive and enjoyable workplace.

Under Armour is enlisting iOFFICE’s help to research additional workplace technology such as iBeacons.

For 20 years, Under Armour has prided itself on being a provider of cutting edge athletic gear. Since its founding in 1996, the company’s mission—“make all athletes better through passion, design and the relentless pursuit of innovation”—has been a driving force behind both major and minor decisions throughout the organization.

For Brendan Robinson, Under Armour’s Director of Facilities and Operations and Corporate Real Estate, supporting this mission means always looking for ways to make the Under Armour workplace better and identifying opportunities to reflect the values of the company across the organization.

To achieve his goals, Robinson needed to help his facilities team understand how to connect their daily tasks to Under Armour’s overall mission.

Robinson started by bringing the Under Armour leaders together to discuss the services the facilities and operations team provides. The objective of this meeting was twofold:

When the discussions concluded, the findings were organized into a single document called a logic model—a tool used to evaluate the effectiveness of individual aspects of a business. The facilities and operations logic model is now used to orient new team members and demonstrate how their day-to-day work contributes to the company’s mission.

Developing the logic model was just the first step. Robinson recognized in order to ensure the effective maintenance of world-class facilities and the consistent delivery of high-quality services, he required something beyond his current resources. Under Armour needed an end-to-end solution that could seamlessly connect its team and its customers.

“iOFFICE enabled the Under Armour facilities and operations team to improve how they respond to the changing needs of his workforce now and into the future.”

After implementing iOFFICE, Robinson saw his primary goal realized: the establishment of a comprehensive facilities and operations program that helped his team understand how the work they do helps Under Armour meet its mission. In addition, iOFFICE allowed Robinson’s team to prioritize their workload and automate many of their tasks as well as collect data and see the impact of their work.

On a broader scale, iOFFICE helped Under Armour achieve the following:

Under Armour has worked hard to improve the look and feel of its offices, including better indoor environmental quality (cleanliness, humidity and temperature), additional collaborative workspaces and a more active workplace to reflect Under Armour values. The company has also created an upgraded onboarding process for new employees. iOFFICE enabled Robinson’s team to improve how they respond to the changing needs of his workforce now and into the future.

During the implementation of iOFFICE, Robinson discovered that onboarding a new software takes more time than he anticipated. While Robinson’s team originally had tried to tackle everything at once, they quickly learned the better practice is to roll things out in phases. Robinson also realized there needed to be a standard procedure for implementing new technology. Based on what he learned, Robinson developed a “Facility Activation” process that is used to help new Under Armour facilities smoothly integrate iOFFICE and other softwares and make the transition more painless.

Looking ahead, Under Armour is exploring the use of iBeacons, robotics and predictive maintenance technologies in their workplace and are working with iOFFICE to see how the IWMS provider can support these new ventures. With the help of the iOFFICE Marketplace, Under Armour is considering other technology partners that can help bring their mission to life.